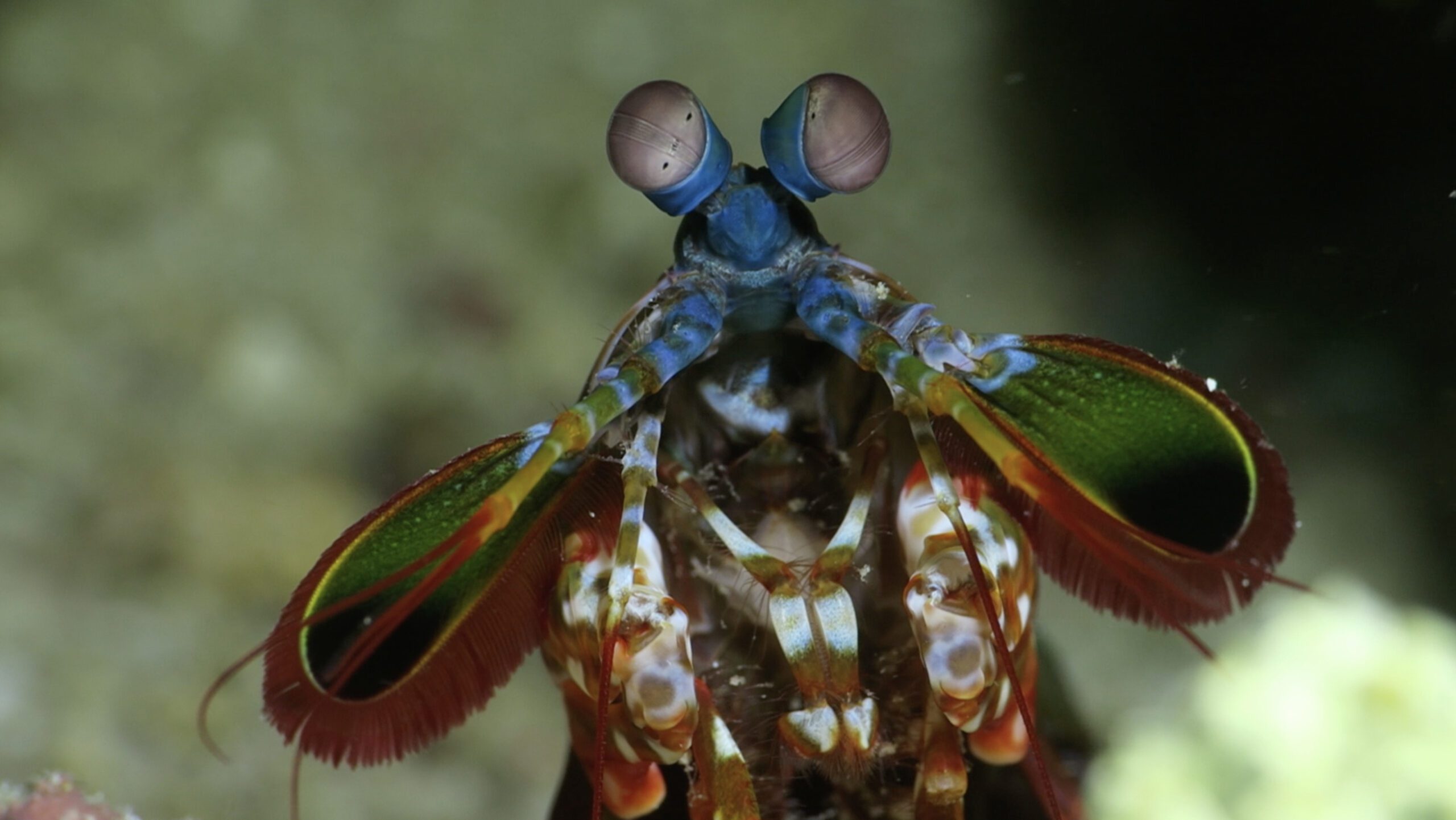 The Mantis Shrimp (of which there are numerous species) is a small, aggressive marine Crustacean, that can be found at all of our dive sites, including both muck and coral reef sites, around Bunaken, Bangka and Manado Bay. Peacock mantis shrimps typically grow to around 10cms (4 inches) in length, but some have been recorded to be as large as 46cms (18 inches). The mantis shrimp’s shell (or ‘carapace’) covers only the rear part of the head and the first four segments of the thorax. While they are relatively common, they are not a particularly well-understood species as they are solitary and territorial sea creatures, spending most of their time hiding in rocks and burrowing in the sea bed.

Mantis shrimp are a violent predator and their diet depends on the species. They typically eat fish, crabs, clams, snails, worms, shrimp and squid. They can also prey on animals much larger than themselves, due to their significant power.

Some mantis shrimp species are monogamous, remaining with the same partner for life. Mantis shrimp pairs will live to together in the same burrow, and both the male and female take care of the eggs. This is the pink-eared mantis shrimp, a spearing variety – also found in North Sulawesi

Smashers can punch at the same velocity as a gunshot from a .22 caliber rifle. Smasher mantis shrimp have two raptorial appendages (called ‘dactyl clubs’) on the front of their bodies which they use to strike prey. These fists are able to accelerate from their body at over 50 mph, delivering a force of over 1,500 newtons -that’s 2.5k times the force of the shrimps own weight. If a human could do that they’d be able to punch through steel.

When the bubbles collapse, they cause an intense shockwave which is like a double punch and can stun, dismember or kill prey instantly – even if the mantis shrimp misses the target. The peacock mantis is a type of smashing mantis shrimp

Beneath their hard-coated clubs, mantis shrimp have special layers of elastic polysaccharide chitin, which are positioned in a way to act as shock absorbers. This structure is called a Bouligand Structure, and it keeps small cracks from becoming a full break. Researchers have even studied their cell structure for advanced body armor for combat troops, car frames and aircraft panels.

Stomatopods began evolving independently from other members of the class Malacostraca nearly 400 million years ago, about 170 million years before dinosaurs.

All mantis shrimp species have a second pair of prey-catching arms that are greatly enlarged. This second pair of arms are shaped like the large grasping forelimbs of the praying mantis insect.

Each eye has ‘trinocular vision’, which means it can gauge depth and distance on its own by focusing on objects with three separate regions. Mantis shrimps’ eye are on stalks and can be moved independently

They can see a special spiraling type of light called circularly polarised light that’s not been documented in any other animal. They also have a structure in their eyes that’s similar to technology found in DVD players, only much more advanced.

This is three times as many photoreceptors as humans have. While they have significantly more color photoreceptors, research suggests they are actually worse at differentiating color than humans. However, scientists believe this is because their eyes are operating at a different level, functioning more like a satellite. It’s believed mantis shrimp can take all visual information into their brains immediately without having to process it, allowing them to react instantly to the environment.

How many of these mantis shrimp facts did you already know? We hope we have excited you about seeing these incredible and record-breaking critters underwater with us!

Why not enhance your time in Indonesia and visit three phenomenal North Sulawesi diving destinations in one trip? Discover three of North Sulawesi’s most notable diving areas with a Passport to Paradise: Bunaken (including Manado Bay) -> Bangka -> Lembeh. Discover epic walls and wide-angle in the Bunaken Marine Park, kaleidoscopic reefs surrounding Bangka Island and the world’s most famous muck diving and Luxury Resort in the Lembeh Strait. With seamless boat diving transfers from resort to resort there’s no wasted transfer days and no gear drying or packing – just dive your way around North Sulawesi!

For more information, or to make a reservation please contact us at: [email protected] and one of our team will get right back to you.

We look forward to welcoming you to North Sulawesi and to Murex Dive Resorts soon! 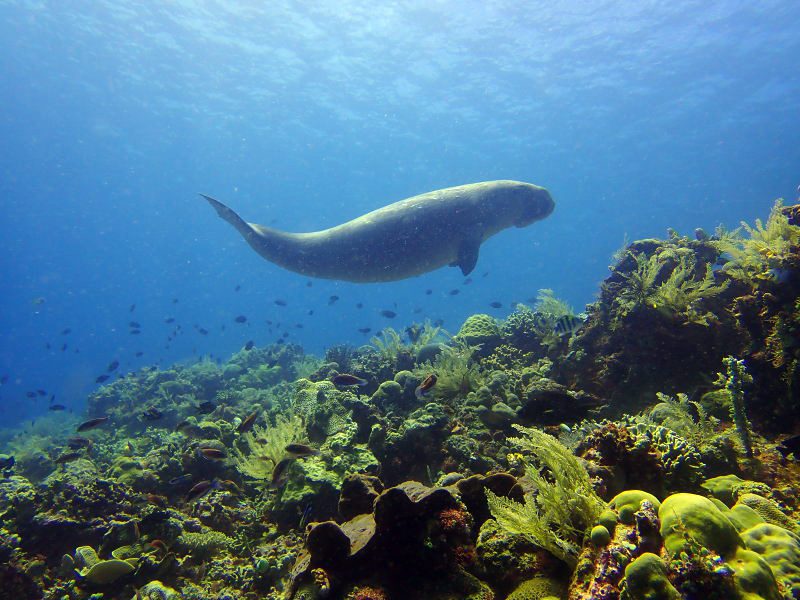 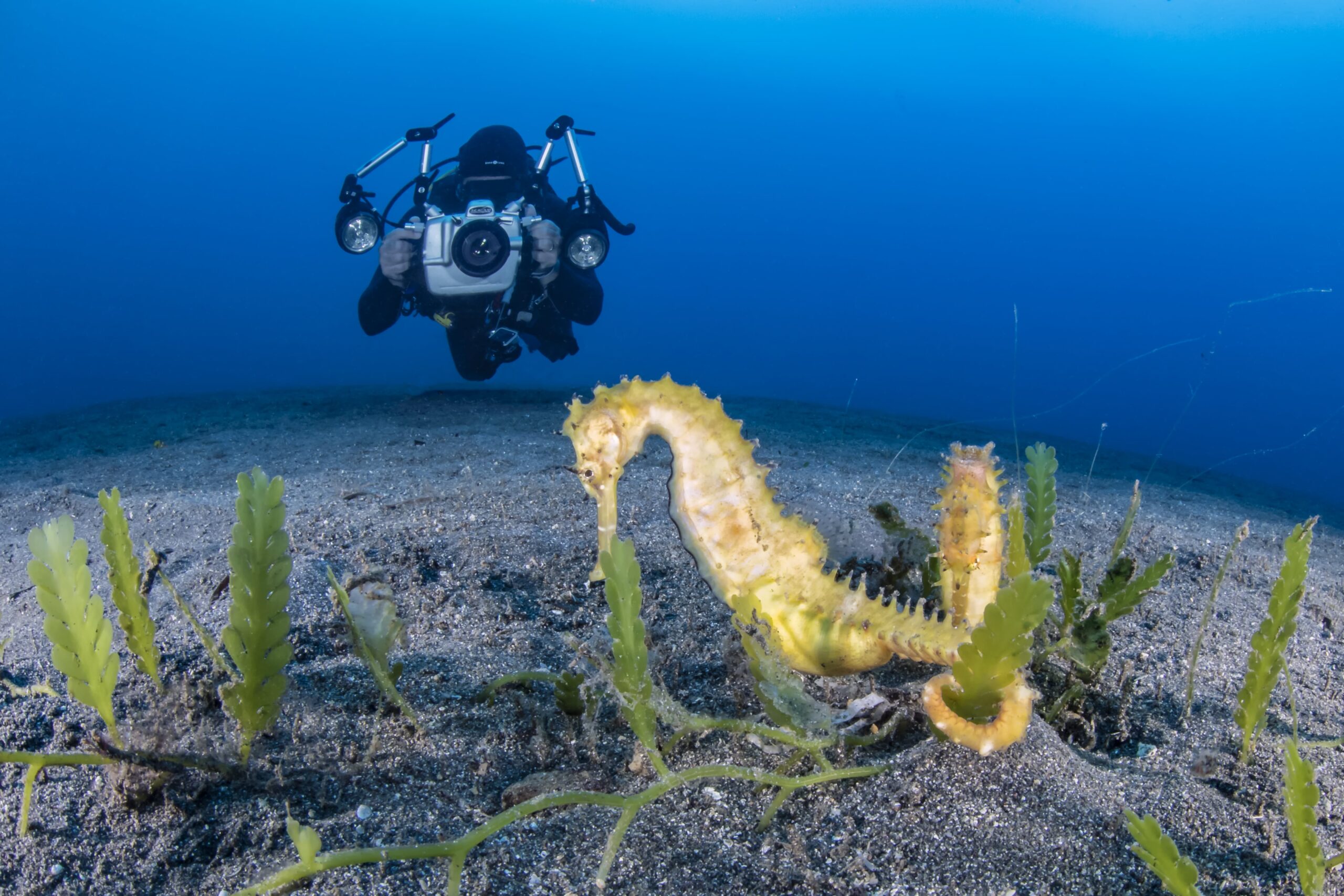 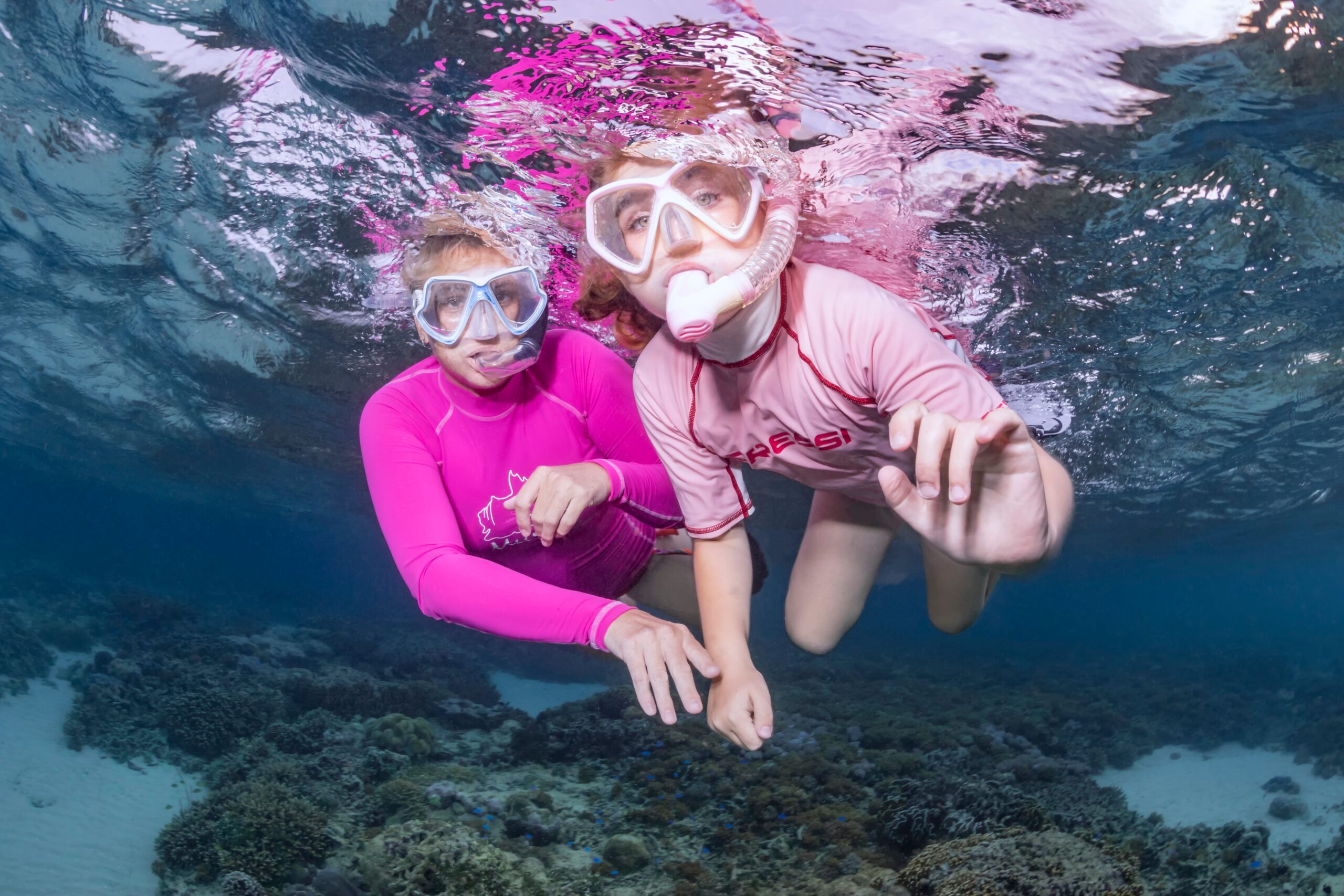